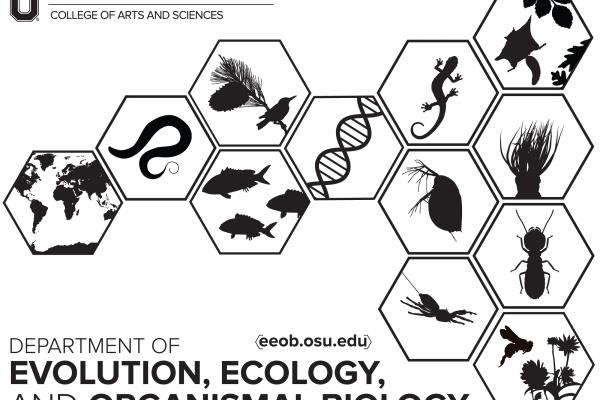 Impact of warming on CO2 emissions from stream countered by aquatic photosynthesis.

Streams and rivers are an important source of CO2 emissions. One important control of these emissions is the metabolic balance between photosynthesis, which converts CO2 to organic carbon, and respiration, which converts organic carbon into CO2(refs2,3). Carbon emissions from rivers could increase with warming, independently of organic carbon inputs, because the apparent activation energy is predicted to be higher for respiration than photosynthesis4,5. However, physiologicalCO2-concentrating mechanisms may prevent the increase in photo respiration, limiting photosynthesis with warming6. Here we report the thermal response of aquatic photosynthesis from streams located in geothermal areas of North America,Iceland and Kamchatka with water temperatures ranging between 4 and 70◦C. Based on a thermodynamic theory of enzyme kinetics, we show that the apparent activation energy of aquatic ecosystem photosynthesis is approximately0.57 electron volts (eV) for temperatures ranging from 4 to45◦C, which is similar to that of respiration4,5,7–9. This result and a global synthesis of 222 streams suggest that warming will not create increased stream and river CO2emissions from a warming-induced imbalance between photosynthesis and respiration. However, temperature could affect annualCO2emissions from streams if ecosystem respiration is independent of gross primary production, and may be amplified by increasing organic carbon supply.

Functional and Genetic Diversity of Toxins in Sea Anemones

Sea anemones are benthic, sessile cnidarians that use venom for prey capture, defense, digestion, and intraspecific competition. Lacking venom glands, sea anemones produce venom locally in the tissue of use and deliver it via subcellular structures called nematocysts. The majority of venoms characterized from anemones are unique to the lineage. Although there are many components of venom that are only known from particular lineages, these are generally not associated with structures that are unique to those lineages. The few kinds of venoms that have been explored in an evolutionary context appear to evolve under negative selection, although positive selection may occur on select residues within the molecule. Because there is a positive relationship between study effort and number of toxins known from any lineage, it is likely that broader taxonomic representation in studies of anemone venom will increase the number of genes and molecules reported from anemones.

To Sting or Not to Sting: When Social Parasites use their Venomous Weaponry

Socially parasitic Megalomyrmex symmetochus ants exploit their fungus-gardening host ants, Sericomyrmex amabilis, for critical resources using their alkaloid venom. This venomous weapon is often utilized during aggressive interactions between the two species. S. amabilis workers respond to parasite stings with either aggressive biting behaviors or submissive fleeing behaviors. Although it is harmful to the fitness of the colony to have parasitic guest ants, it is not as detrimental as colony death. A third raiding ant, Gnamptogenys hartmani, attempts to usurp nests of S. amabilis ants which can result in the annihilation of the colony. Non-host colonies are more vulnerable to these attacks, while parasitized S. amabilis colonies can benefit from their guest ant defenders, suggesting a conditional mutualism between the two species. In this study, we observed the stinging behavior of M. symmetochus towards host and non-host S. amabilis workers. We anticipate finding a smaller percentage of stinging behaviors toward host S. amabilis ants because parasites should avoid conflict with their host colony. Future work will analyze the toxicity of the venom alkaloids and the behavioral reactions of experimentally stung S. amabilis ants.

Expected pairwise congruence among gene trees under the coalescent model

Although it is widely appreciated that gene trees may differ from the overall species tree and from one another due to various evolutionary processes (e.g., incomplete lineage sorting (ILS), horizontal gene transfer, etc.), the extent of this incongruence is rarely quantified and discussed. Here we consider the expected amount of incongruence arising from ILS, as modeled by the coalescent process. In particular, we compute the probability that two gene trees randomly sampled from the same species tree agree with one another as well as the distribution of the Robinson-Foulds distance between them, for species trees with three to eight taxa. We demonstrate that, as expected under the coalescent model, the amount of discordance is affected by species tree-specific factors such as speciation times and effective population sizes for the species under consideration. Our results highlight the fact that substantial discordance may occur, even when the number of species is very small, which has implications both for larger taxon samples and for any method that uses estimated gene trees as the basis for further statistical inference. The amount of incongruence is substantial enough that such methods may need to be modified to account for variability in the underlying gene trees.

Urban free-roaming dog populations in the developing world are managed by a patchwork of local veterinary practitioners, government programs, and non-governmental organizations with varied effectiveness. While lethal removal is still commonly practiced, vaccination and fertility control methods are increasingly being adopted. Identifying which method(s) provides the most cost effective management is needed to inform dog population managers who seek to limit conflicts like dog bites, the spread of disease, and predation on wildlife. Here we describe an agent-based model that simulates the population of free-roaming dogs in Jaipur, a northwestern Indian city. We then apply various lethal and fertility control methodologies to identify which most effectively lowered the dog population size. This spatially explicit model includes temporal and demographic details of street dog populations modeled after data from the study city. We tested each pairing of control type (lethal or fertility) with search method (how to target efforts) to see their efficacy at altering the city’s dog population size, age structure, sterilization coverage, as well as the number of dogs handled. Models were run for 15 years to assess the long term effects of intervention. We found that the fertility control method that targets areas of the city with the highest percentage of intact bitches outperforms all other fertility control and lethal removal programs at reducing the population size while sterilizing a significantly higher proportion of the population. All lethal program methods skewed population demographics towards significantly younger dogs, thus likely increasing the frequency of conflict with humans. This work demonstrates the benefits of modeling differing management policies in free-roaming dogs.

Edwardsia migottoi sp. nov., a new species of burrowing anemone from the Southeast coast of Brazil, is described. It is also the first species of the genus reported from the Southwestern Atlantic. It is characterized by a rusty brown deciduous periderm, eight longitudinal rows of tubercles with nemathybomes, and nemathybomes with two types of nematocysts (pterotrichs and microbasic t-mastigophores). Edwardsia migottoi sp. nov. differs from other members of the genus by its number of tentacles, arrangement and cnida content of nemathybomes, musculature, and geographic distribution. The new species is the second member of the family Edwardsiidae Andres 1881 and the third species of burrowing sea anemone recorded from Brazil. The description of the new species lead to the recognition that the mesenterial morphology of the monotypic Pacific genus Metedwardsia Carlgren 1947 is unlike that of members of Edwardsiidae to which it belonged and similar to that of Halcampidae Andres 1883, resulting in its transfer to the latter family.

Venom is a hallmark example of animal evolution: the capacity to make and use toxins has arisen via natural selection multiple times in animals as diverse as corals, snails, spiders, snakes, and mammals (Casewell et al. 2013). This diversity within the animal tree of life is mirrored by diversity at the molecular and genetic level, as the proteins that make up venoms and the genes that specify these proteins evolve rapidly to fill diverse functional roles (Sunagar et al. 2016). Because of their remarkable molecular diversity, venoms are key, albeit challenging, resource for pharmacological discovery that contribute to the development of drugs that act as anti-tumor agents, heart stimulants, and therapies for neurological diseases (Harvey 2014).

Ecosystem physical structure, defined by the quantity and spatial distribution of biomass, influences a range of ecosystem functions. Remote sensing tools permit the non-destructive characterization of canopy and root features, potentially providing opportunities to link above- and belowground structure at fine spatial resolution in functionally meaningful ways. To test this possibility, we employed ground-based portable canopy lidar (PCL) and ground penetrating radar (GPR) along co-located transects in forested sites spanning multiple stages of ecosystem development and, consequently, of structural complexity. We examined canopy and root structural data for coherence at multiple spatial scales ≤ 10 m within each site using wavelet analysis. Forest sites varied substantially in vertical canopy and root structure, with leaf area index and root mass more evenly distributed by height and depth, respectively, as forests aged. In all sites, above- and belowground structure, characterized as mean maximum canopy height and root mass, exhibited significant coherence at a scale of 3.5-4 meters, and results suggest that the scale of coherence may increase with stand age. Our findings demonstrate that canopy and root structure are linked at characteristic spatial scales, which provides the basis to optimize scales of observation. Our study highlights the potential, and limitations, for fusing lidar and radar technologies to quantitatively couple above- and belowground ecosystem structure.
Share on Social Media